In the framework of the Suzie Q projects, Birgid Uccia and Bob van Orsouw are pleased to present works by the artist couple huber.huber (1975) that they produced during their 2006/2007 stay in New York, thanks to the art scholarship awarded by the city of Zurich.

One focus of the exhibition is represented by the work group “white flags/erased flags”. The artists made the U.S. flag, a symbol of imperial hegemony and national pride, the starting point for a manifold series of drawings. The U.S. flags, increasingly visible in New York after the 9/11 terrorist attack, were at first drawn in accurate detail. This realistic reproduction was followed by the act of erasure, the result of which made the motif barely recognizable as a ghost of itself. In analogy to the act of erasing, the artists bleached an actual U.S. flag with chlorine so thoroughly that the starand-stripes faded to a washed-out white on a decomposing piece of cloth. The drawings and the banner “white flag/bleached flag” interact with the sculpture “Untitled (Barbwire)”, which is made up of zinc-coated barbed wire and white popcorn. Popcorn – a foodstuff Native Americans already knew about – can be read as a further, if also trivial, phenomenon of a culture that has been shaken to its foundations by its incongruous understanding of democracy and superpower ways.

The manifold series of drawings “https://hunting women” compiles pictures of women in the act of presenting hunting trophies, which the artist couple found on the Internet. The pictures, by a reworking via a monochrome aquarelle technique, are given a standardized look and can be read as a compendium of heroic portraits that go back to antiquity and classical iconography. The artists refer to the belligerent Amazons and goddesses, such as Artemis or Diana, as art’s mythological and primeval themes. At the same time they set their own hunt for pictures on the net on a par with the heroines’ search for prey. There seems to be less gender critique at work here than the theme of the chase as a metaphoric paraphrase of huber.huber’s artistic production. A production that not only sees itself confronted by an historical canon but with the simultaneity of a digital-image world that increasingly levels out cultural values and traditions. The sculpture “Break on Through to the Other Side” rounds off the exhibition with an ironic twinkling of the eye. It comically pretends to make good a promise that is as old as human civilization itself: “Paradise” in neon script is mounted within an electric fly trap that, by means of its high voltage, pretends to keep out anything that hinders an access to paradise. (Birgid Uccia) 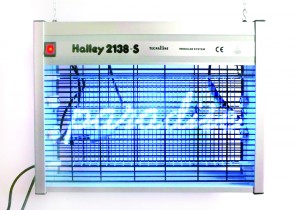 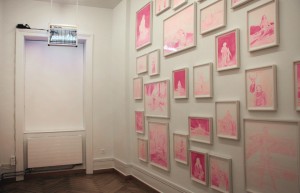 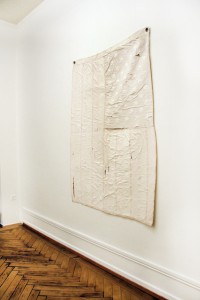 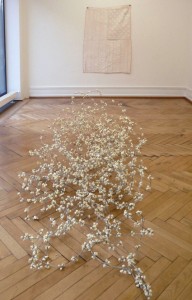 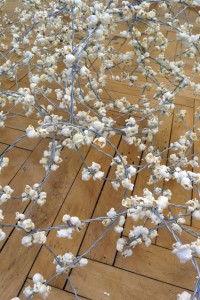 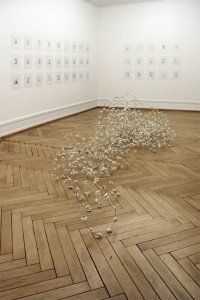 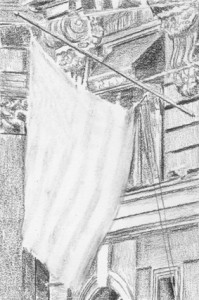 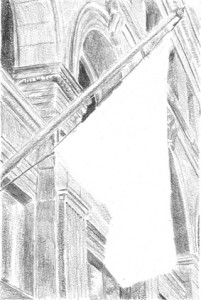 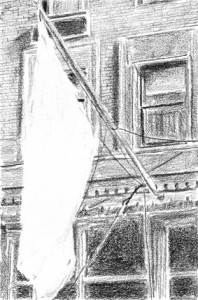