Curatorial Statement
The exhibition takes a look at various forms of reflection on aesthetic possibilities and political implications of individual stories of ordinary people in relation to society at large. The basic voices are set up by artists invited do develop a broad spectrum of possible approaches and artistic languages, a polyphony of sounds inherent to their different cultural and political backgrounds and age differences, grounded in their daily art practices directed at the social space, rebelling against clean forms and normative channels in bursts of emotional expression. A Thousand Endless Tales – Dancing the Line of Flight (Story Telling) merges forms of living knowledge, opens a range of possible social realities in an infinite space where “story becomes form.” It is concerned with stories that fall out of the corpus of the total library; with the noisy channels, especially the so-called “unscientific” languages, intractable, apocryphal versions, alogisms, dialects… It follows those rocks falling off the tower into a thousand pieces, the bugs and errors that break up the polished surface, in stories murmured outside the language of dominance, those stories whose peak gets broken, the plateaus opening up the space to the horizon beyond great narratives, in small details, characters, traces carrying the stamp of superstition, dirty words, nonsense, frenzy, troublemaking, riot.

Telling stories provides a variety of devices of interaction, of reasons for interaction, different levels at which spectators can enter into art. The hegemony of the visual and of observation dissolves into diverse typologies. Putting the observer in a dual role of both observer and observed, the exhibition looks at the viewer's practice of identity-making in a condensed understanding of the other and of the self, outside the well-defined discursive frameworks controlled by the “precise” languages of science, history, institutions, where the borders are woven into one common fabric, distinctions of genre and classifications between art and science, documentary and fiction fade out, where we have no need to unify the translation and the mix of cultural codes in a globalized world, translations, transmissions from one language to another, of new feelings, habits, relations, bendings. We are interested in the place where difference, variety and diversion are created, in how storytellers construct reality, public space, personal desires, the individual and the collective, economic and social dimensions. (Dimitrina Sevova) 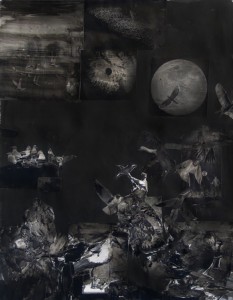 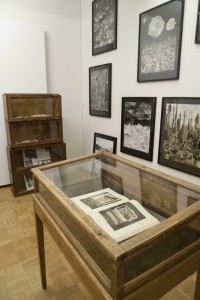 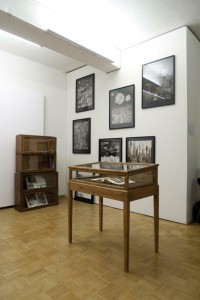 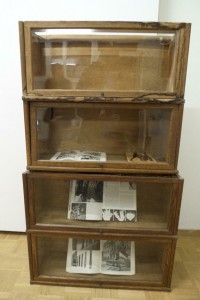